Dungeness - cold, cloudy, e 5 - As forecast the wind swung round to the east overnight and blasted in off the sea all day making for difficult birding conditions, and it looks as though we`ve got this for the next few days at least. However, despite the poor weather there was the first arrival of all three species of hirundines today with two Sand Martins over ARC and a small mixed flock of two Swallows, two House Martins and a Sand Martin on Burrowes, viewable from the Visitor Centre around midday. Several Pintail were among the ducks, no doubt migrants judging from others that  passed the point yesterday.
Lade - An afternoon visit delivered two Sand Martins over north lake and a Firecrest in the Willow Swamp. There was also another Firecrest in a Littlestone garden this morning and a further 20 plus around the Long Pits (LG). 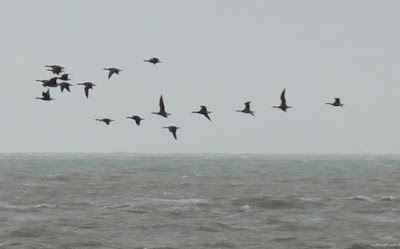 Dungeness - Called in for a natter with CP who was toiling away on the seawatch hide refurbishment despite the blasting wind. Whilst there two parties of Brents totalling 48 flew low over the sea heading up-Channel. 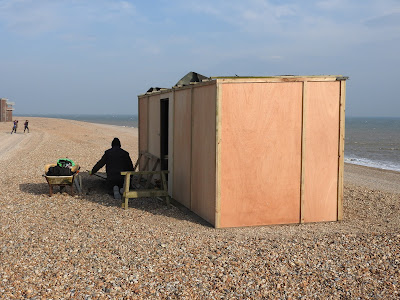 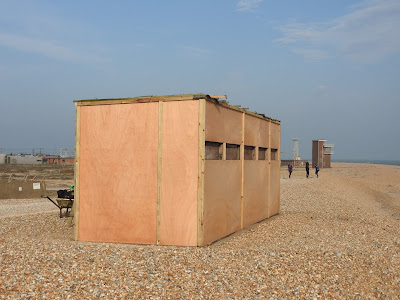 Seawatching hide refurbishment in progress
Posted by Paul Trodd at 11:06