Dungeness - wet and windy, mild, sw 3 - 0830hrs - A grotty start to the day with low cloud, occasional drizzle and a blustery wind,  although it did improve this afternoon. A wander around the back of Tower Pits delivered very little apart from a few singing Great Tits, Cetti`s Warblers and Reed Buntings, plus Great Spotted and Green Woodpeckers, Great White Egret and a Kestrel. March is the month that Mediterranean Gulls are on the move down here, so it was no surprise to see two on the water from Screen hide amongst a raft of Common and Black-headed Gulls and a scattering of Shelducks, Shovelers and Goldeneyes.
Over the road the drake Ring-necked Duck had moved onto the pool by the first bend, while one of the two Long-eared Owls was showing like a good `un at roost behind the Dipping Pool. Burrowes held six Goldeneyes and that was about it apart from the usual Cormorants, common gulls and wildfowl. 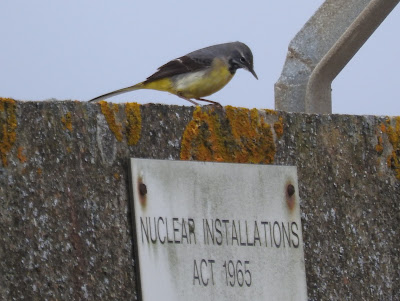 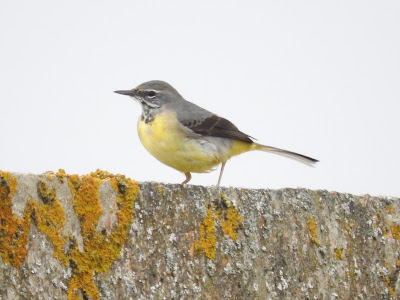 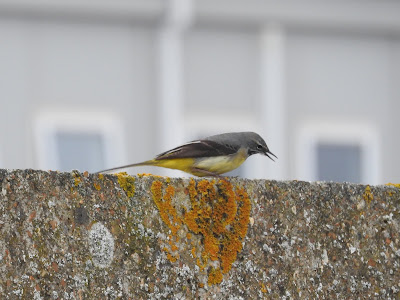 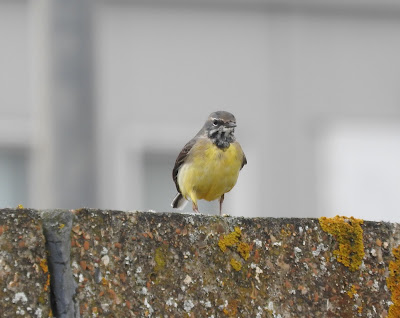 1400hrs - An hour at the fishing boats/seawatch hide this afternoon produced very little in the way of movement apart from a couple of Med Gulls and auks. However, hundreds of Great Crested Grebes and Cormorants were on the sea and the 1st winter Caspian Gull was feeding amongst a melee of gulls by the Fish Hut.
Grey Wagtails are scarce down here on the coast, being mostly known as an autumn passage migrant, but just recently there`s been a bird associating with Pied Wagtails and Mipits around the sewage plant on A Station. This afternoon it proved most confiding as it picked off insects attached to lichens on the power station wall in typical wagtail fashion.
Posted by Paul Trodd at 11:19