Dungeness - mild, cloudy, drizzle in afternoon, sw 2 - 0900hrs - The omens were not good as we pitched up at the seawatch hide as the early shift were abandoning ship. However, nothing ventured nothing gained so we toughed it out for a slow up-Channel hour of single figures of Gannets, Red-throated Divers, Sandwich Terns and Common Scoters, plus 80 Brents and, the cherry on the bun, three Velvet Scoters, which would`ve been new for the year, if only I was keeping such a list... Down at the Patch the two 1st year Iceland Gulls were amongst the melee of gulls over the boil and along the beach.
The land was dire with a lone Chiffchaff located in the gorse by West Beach the only migrant of note whilst searching for two reported Firecrests. Another visit late afternoon, however, did yield three Wheatears on the beach opposite Jarman`s. 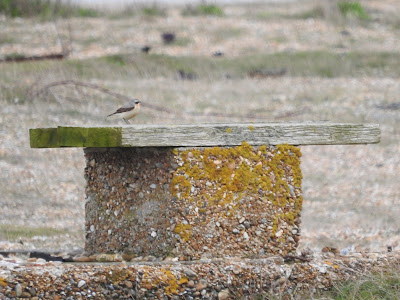 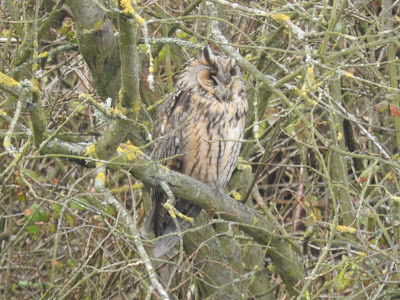 Lade Bay - 1500hrs - Superb session here from the Tavern watch point on a falling tide as the main body of Curlews flew in from roost, boisterously bubbling away as they anticipated a meal of black lug. Hundreds of Oycs, Dunlins, Sanderlings, Ringed Plovers, Turnstones and Barwits were already probing the rich feeding grounds, alongside a host of gulls, Shelducks and a small flock of resting Sandwich Terns.
Posted by Paul Trodd at 11:26