The Warren, Folkestone - 0900hrs - sunny, dry, e 5 - I was on grandparent duty in Folkestone today, so after dropping Lucy at the station we headed down to the Warren for an expedition with the little fella. From the track down to the beach several migrant Chiffchaffs, Blackcaps and a Firecrest called from cover, eventually showing themselves along with Bullfinch, Long-tailed Tit and Great Spotted Woodpecker. Whilst searching for fossils on the foreshore I noticed a flock of 40 odd Brent Geese fly into the bay where they paused for about 20 minutes before heading off east. However, the little bloke got onto them along with a vocal Raven overhead, both of which were lifers.
There was a decent flush of Violets, Primroses and the like in flower along the sheltered chalk cliffs and plenty of bees coming and going, plus a few Small Tortoiseshells on the wing. 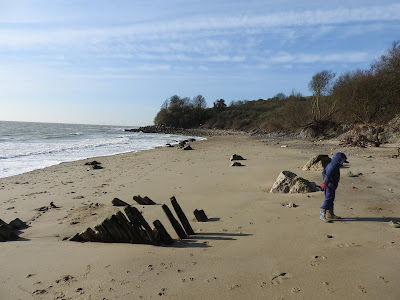 Fossil hunting on the beach 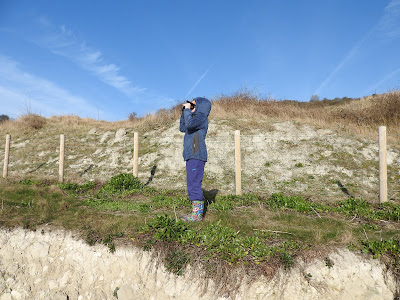 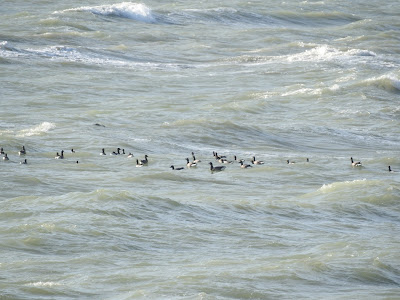 Brents in the bay 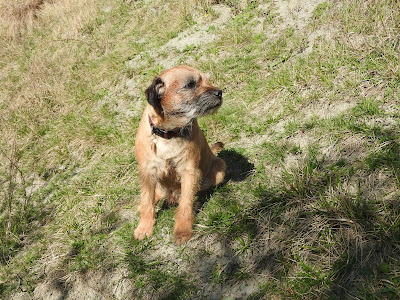 Back at base camp this afternoon, whilst working in the garden, another Blackcap was in song along the railway embankment and a Comma butterfly basked on a wooden fence.
On the way home I called in at Hythe where two Purple Sandpipers were present on the sea defence blocks opposite  the Imperial hotel, despite two lunatics clambering over the slippery rocks near the splash zone.
Posted by Paul Trodd at 09:57