Dungeness - mild, cloudy, light rain, sse2 - 0645hrs - A wander down to the Patch first thing delivered one of the 1st winter Iceland Gulls on the beach and two Mediterranean Gulls over the boil. Offshore plenty of Gannets, auks, Kittiwakes and Great Crested Grebes comprised the bulk numbers, plus a few Red-throated Divers, a Bonxie east and, inevitably with a southerly blow, several Fulmars. The regular Caspian Gull was on the beach by the Fish Hut.
Met Lee Gregory in the seawatch hide, the new seasonal warden at DBO. Welcome to Dungeness Lee, and let`s hope for a better spring than last year.
A late afternoon visit to the fishing boats yielded 13 Pintails past the point, although many more had been logged during the day. Also, 20 Red-throated Divers, 15 Mediterranean Gulls, 12 Wigeon and 25 Brents. 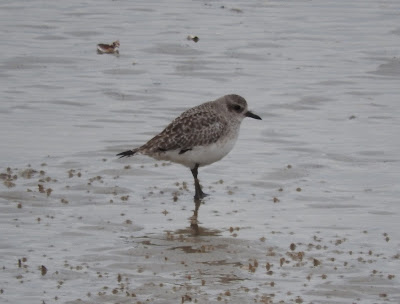 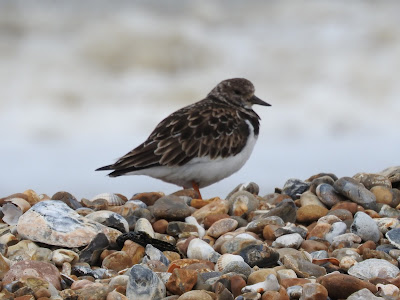 Littlestone - Walked the beach from Littlestone to St Mary`s Bay where hide tide roosting waders included 20 Grey and five Ringed Plovers, 30 Dunlins and 10 Sanderlings. On the way back through the golf links a small mixed flock of Mipits and Skylarks fed on a bare patch and a couple of larks sang over the fairways. Also noted two Stonechats, Kestrel and Green Woodpecker.
Posted by Paul Trodd at 09:00