Lade - 0600hrs - cool, nw3, sunny -Another quiet night in the Plovers traps although a tricky noctuid is awaiting a second opinion at the Kerton Road Cafe. The only migrant of note over the pits was a juv Little Gull.
Dungeness - 1130hrs The old lighthouse garden held a Dunge tick for me in the shape of a Treecreeper, at a location where Short-toed `creeper is more the order of the day. Elsewhere, a skulking warbler in a private garden eluded the scrutiny of most local birders, but hinted at Paddyfield Warbler for the two who briefly glimpsed it...
The sea produced a few more skuas, terns and a Balearic Shearwater, while the Glaucous Gull remained on station at the boats around high tide.
ARC - 1700hrs - No sign of yesterdays WRSandpiper; infact hardly any waders present this afternoon from Hanson with just 12 Dunlin, 5 LRPs, 4 RPs and a Snipe. The Goosanders was asleep on a shingle island. 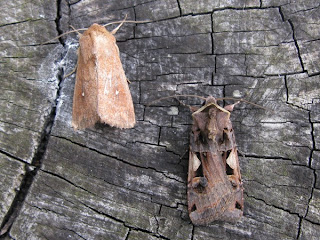 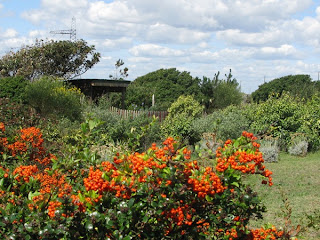