Lade - 0600hrs - muggy, still, overcast - August is the main passage month for Willow Warblers in these parts and this morning the gardens hereabouts were alive with the little gems, calling from cover and sallying forth snapping up insects. A good catch in the garden moth traps too, with 36 species of macros, including Fen Wainscot new for the site, a pristine male Oak Eggar, 6 Pale Grass Eggars, White-point and a second generation Early Thorn. 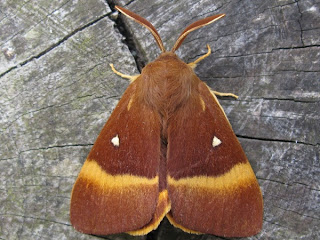 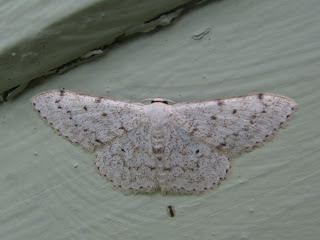 Mullein Wave - Nationally, a localised species, but commonly found in traps across Dungeness, probably as there is an abundance of larval foodplants such as Wood Sage and stonecrops.
Lade Bay - 1200hrs  Had a go at counting shorebirds on a rising tide from Lydd-on-Sea as most of the waders had been pushed up from Greatstone by holiday makers. Think I got most of `em before they flew off to roost on the desert: Curlew 223, Oystercatcher 121, Dunlin 52 (all adult), Barwit 16, Sanderling 5 and a Grey Plover. Also, 4 Shelducks and 56 Sandwich Terns.
Posted by Paul Trodd at 02:52