Lade - Lockdown Day 31 - warm, dry and sunny, ne 2 - Even warmer still today with temperatures topping out at a pleasant 16C in the garden this afternoon. Whilst Pat set about Barney with the clippers I noticed quite a few St Mark`s flies on the wing over the pond, plus several whites, Peacocks, Red Admirals and Holly Blues around the garden sun-traps. A couple of Whimbrels went over calling during the day, along with various Mediterranean Gulls, all unseen, while a Light Feathered Rustic was new for the year amongst a meagre catch in the garden moth trap. 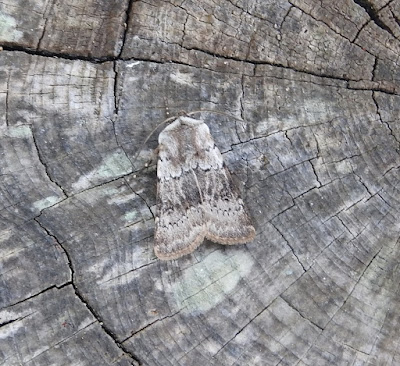 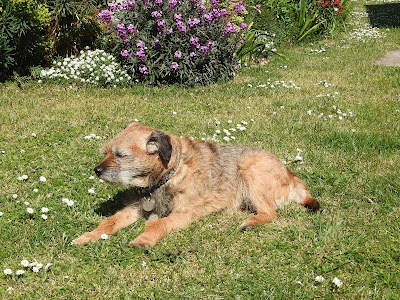 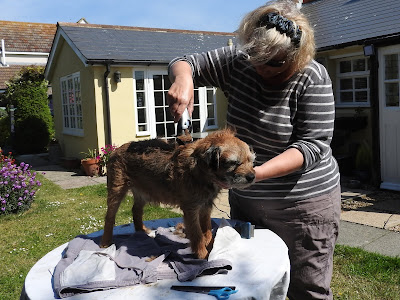 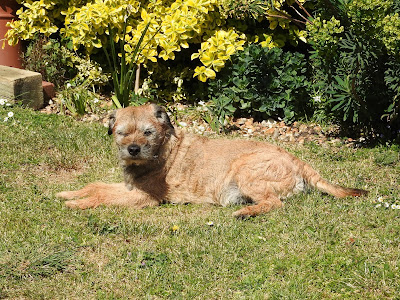 Barney, before, during and after!

Our morning tour of the local patch was largely uneventful apart from a fall of four Northern Wheatears on the desert and the first Greylag goslings of spring on the water.
The lockdown list, after one month, stands at 104 species, but considering we`ve not missed a day there are some glaring omissions with no records of common resident species such as Peregrine, Goldcrest, Great Spotted Woodpecker and Mistle Thrush. I`ve usually seen a Ring Ouzel by now, but that absence is probably down to disturbance from the increasing numbers of dogs being walked on the desert since the lockdown; which prompts the question, where do they normally go? And no Black-necked Grebes, where they`ve nested in past years; while I thought one of the several Dungeness Red-rumped Swallows would`ve have come our way.
Regarding summer migrants, so far it has been woeful with low numbers all round and plenty of absentees; for example, only three singing Willow Warblers and paltry numbers of hirundines through. The weather hasn't helped to be fair with clear blue skies throughout and, for the most part, a rasping east wind off the bay. Hopefully, the best is yet to come and by the review lockdown date of the 7th May things will have improved somewhat (ever the optimist!).
As for rare birds the two stand outs have been: White-tailed Eagle, albeit it at distance, and two Woodlarks in flight. A lone singing Nightingale was noteworthy, as were several Red Kites. 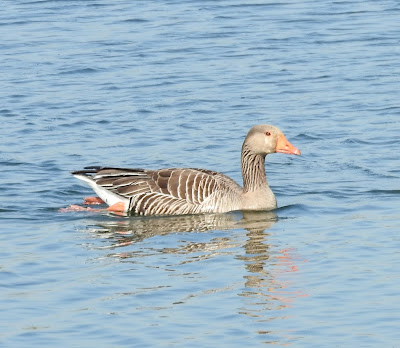 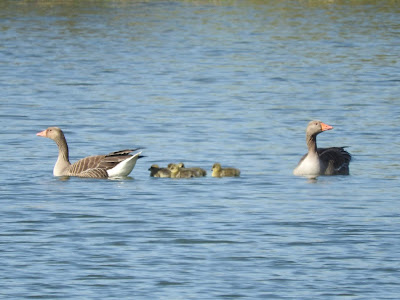 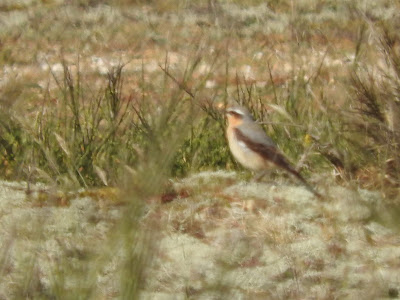 One of four Wheatears on the desert
Posted by Paul Trodd at 10:47