Lade - Lockdown Day 11 - warm, cloudy, se 2 - I was awake early again this morning and wandered out into the garden around dawn where a steady overhead passage of Redwings was underway, and at least one Song Thrush, both new for the list bringing it to 85 species. Once we got our act together, about 0900hrs, we set off on our daily perambulation around the local patch, with no coat required in the balmy weather conditions.
Earlier in the week one of the local dog-walkers mentioned having recently seen two Short-eared Owls on the shingle ridges between Kerton Road pit and the water tower. This morning as I scanned the desert from the northern corner of the pit I could see said dog-walker waving at me and pointing south, and sure enough there was a distant Shortie (86) quartering the shingle having been flushed by yet another dog. Thankfully, the owl soon dropped back into cover once the dog had moved on.
Elsewhere around the patch a few more pairs of Linnets had moved in and a Chiffchaff sang from the willow swamp where a lone Song Thrush was also noted, a scarce bird here and presumably a grounded migrant from last night. A cracking adult male Marsh Harrier worked the back reedbed and by late morning at least six Buzzards and two Marsh Harriers thermalled up into the ether over the airport. 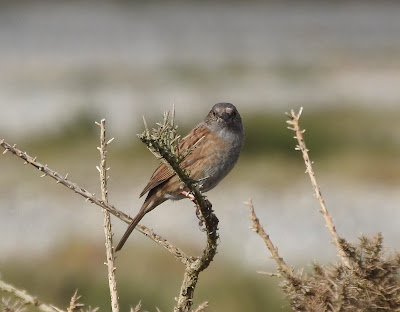 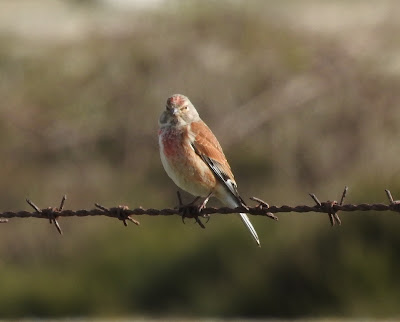 Dunnock and Linnet, two common birds of the shingle scrub 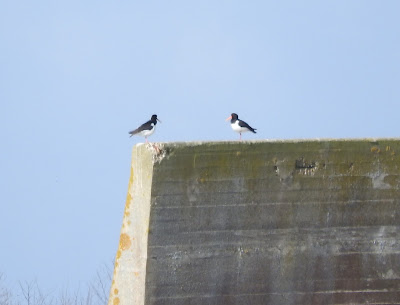 
Plovers Moths
With the promise of milder, windless nights ahead I thought it about time to dig the moth trap out of winter storage. Infact, I spent most of the afternoon cleaning the trap and sprucing up the summer house where its sited. The Lewington guides are now in place, the pots are cleaned and I`ve even got a brand new notebook, all we need now are the moths - the chase is on! 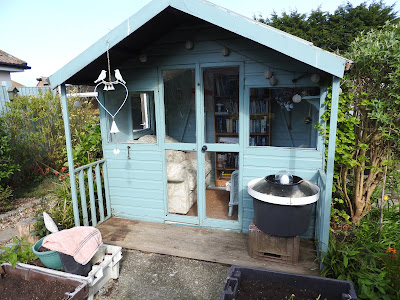