Lade - Lockdown Day 21 - cool and cloudy, ne 5 - In contrast to yesterdays heat wave, today a cooling wind off the sea made for an uncomfortable circuit of the local patch. However, the first mass arrival of hirundines over the lakes and moving through bucked things up somewhat with up to 100 Swallows, 20 House Martins (93) and two Sand Martins (94), the latter two species new for the list, and House Martin new for the year, as I had an early Sand Martin in March before lockdown. Also of note a Yellow Wagtail over calling and the now established Reed Warblers and Whitethroats around the ponds.
When I put the moth trap on yesterday evening there was hardly a breath of wind, but the wind soon picked up and as a result only one species of macro was caught - a Chinese Character, making a good impression of a bird dropping! 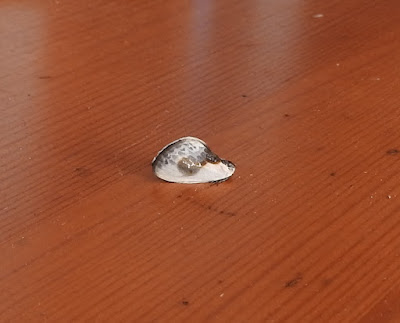 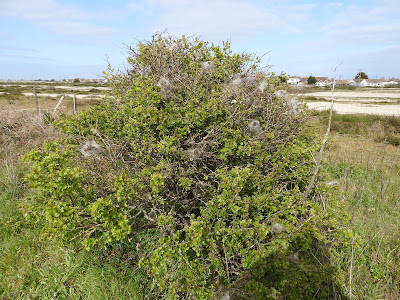 It`s going to be a bumper year for Brown-tailed Moths!
Posted by Paul Trodd at 08:48