A fall of migrants

Dungeness - 0600-0900hrs - warm, dry and sunny, sw 2 - I only had the chance of three hours in the field today, so elected for an early start down at the point, a decision that proved most profitable.
Firstly, an hour from the seawatch hide delivered 2 Balearic Shearwaters, both just outside the buoy, plus a steady flow of Gannets, Commic and Sandwich Terns, 3 Arctic Skuas and 5 Black Terns. The Patch was alive with mainly Black-headed and Herring Gulls, while two Whimbrels flew south calling. 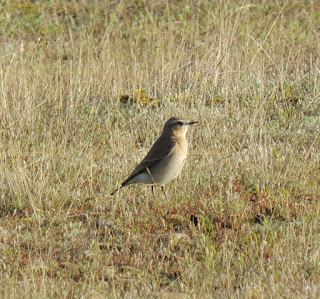 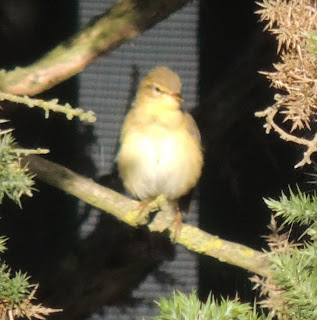 Around the lighthouse garden several Willow Warblers basked in the warm sunshine and two juvenile Kestrels noisily flew around the old light. Moving over to the Desert and southern end of the Trapping Area it was apparent that a decent fall of migrants was underway with 20 Wheatears, 4 Whinchats, 2 Stonechats and a Common Redstart noted. Several Common Whitethroats, 10 Willow Warblers, a Garden Warbler, a Spotted Flycatcher were along the edge of the Trapping Area, while a Grey Wagtail flew over calling. Several pulses of Sand Martins moved south as 20 Yellow Wagtails and 30 Mipits came and went. Finally, whilst chatting to DW two Common Buzzards passed overhead and 3 Black Redstarts showed well along the power station fence, including a cracking adult male in song. A superb session, and just what I needed to set me up for a day in Folkestone...
Posted by Paul Trodd at 11:24