Lade - hot, dry, sunny, e se 2 - When I went out to check the garden MV last night several small pipestrelle type bats were hawking insects by the fir trees and the light was swarming with moths, so it was no surprise this morning that over 50 species of macros were present. And there were some real crackers with several new for the year including Square-spot Rustic, Gold Spot, Sharp-angled Peacock, plus a second emergence White Spot. Still, looking at the weather forecast for next week the muggy, moth-friendly conditions look to be short lived with wet, windy and cool temperatures to follow by Monday. 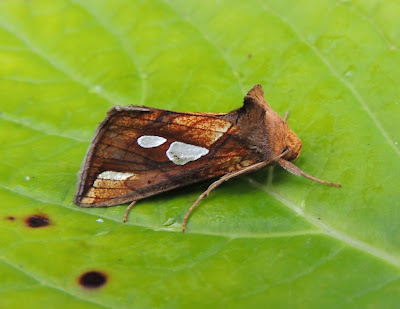 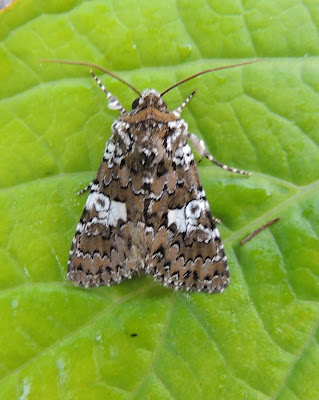 We flogged around the local patch in blistering heat and apart from a couple of Willow Warblers in a tit flock migrants were absent. However, it was not so barren for raptors with a 30 minute scan from the aerial mound delivering two each of soaring Common Buzzards and Marsh Harriers, plus Kestrel and Sparrowhawk over.
ARC - On the way back from the allotment we called into Hanson hide where waders were few due to being flushed by a group of holidaymakers walking between the hides. However, Ruff, Wood Sandpiper and three Snipe were present amongst the Golden Plovers and Lapwings on the steadily disappearing islands. Out on the lake a Garganey, six Wigeon, two Red-crested Pochards and our first Pintail of the autumn noted amongst the common ducks. 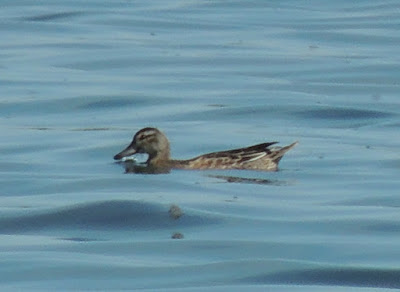 Lade - Too hot to do much this afternoon so with high tide around 4pm we went for a cooling swim in the bay, accompanied by screeching Sandwich Terns overhead etched in a clear blue sky - perfection.
Posted by Paul Trodd at 10:38