A trio of Tigers

Lade - warm, dry, cloudy, ne 2 - The past couple of days have been much of a muchness on the local patch front with a trickle of Common Whitethroats, Willow Warblers and a Spotted Flycatcher in the willow swamp, plus a few Yellow Wagtails and loads of Sand Martins over. Reed Warblers are still feeding second brood youngsters and this morning three Great Spotted Woodpeckers were a nice surprise on the wooden power line poles. The island at the south end of the lake, which was about a foot above the water level, has now submerged after last Thursday`s deluge. The beach continues to yield several hundred Dunlins and Sanderlings, a few Knot, Grey Plover and Barwit, plus yesterday a flock of 50 Tundra Plovers.
With light winds overnight the Plovers moth trap has been busier than of late with several Jersey Tigers and more Bordered Straws the highlights, plus Copper Underwing and Garden Dart new for the year. 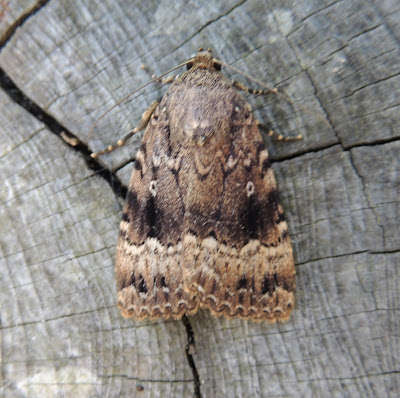 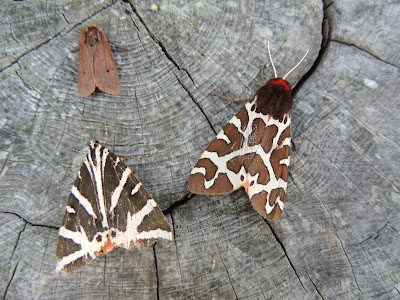 A trio of Tigers, Plovers

ARC - A nice collection of waders were on show from Hanson hide this afternoon with 30 Golden Plovers amongst the Lapwings and a roosting Spotted Redshank. On distant islands four Wood Sandpipers, two Ruffs and a Common Sandpiper added to the collection, while the Black-necked Grebe was viewable from the south end. Outside the hide on a patch of ragwort a Jersey Tiger posed for the camera. 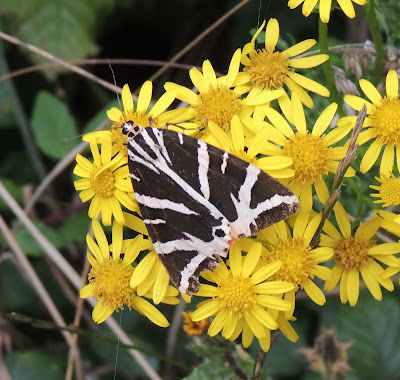 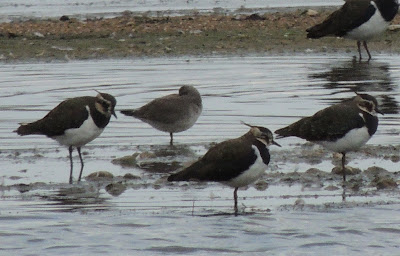 Lade - Whilst checking the shorebirds late afternoon a Tweet came through from PB of a juv White-winged Tern off the fishing boats heading our way, but despite an extensive search we had no joy. At least 100 Sandwich and 20 Common Terns were sat out on the sands and the small wader flock hit 500 with Dunlins and Sanderlings in the vanguard and 50 Tundra Plovers still present. Small numbers of Knot, Barwit, Grey Plover and Redshank also noted, plus the usual Curlews and Oystercatchers.
Posted by Paul Trodd at 11:31