Lade - warm, dry, cloudy, sw 5 - A Leopard Moth was only the second trap record amongst 25 macro species, including another July Highflyer. 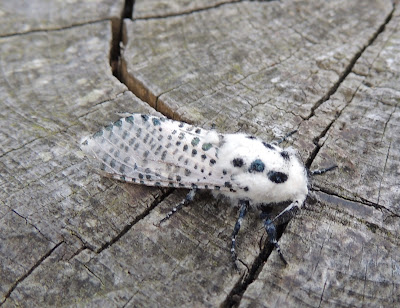 Dungeness - 0830hrs - Weatherwise the day started and finished on a bright note with cloud cover in between and even a little drizzle, but it was the brisk wind out of the south-west that made it hard going for our four guests. We kicked off with a 30 minute seawatch from the hide noting a trickle of distant Gannets, Kittwakes, Common, Sandwich and five Black Terns, plus a Yellow-legged Gull at the Patch. Elsewhere around the point we managed to log Black Redstart, Wheatear, Skylark, Linnet but not a single warbler. The Kestrel family put on a fine show around the old light. 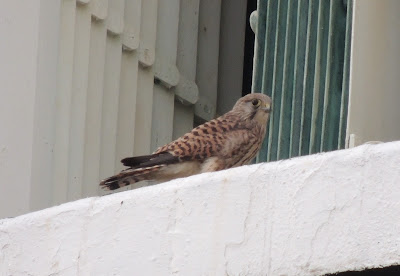 Scotney - All the usual stuff here, so loads of Yellow and Pied Wagtails, Corn Bunting and two Spoonbills out back, while 50 Curlews, two Whimbrel, Common Sandpiper and feral Barnacles, Egyptian Geese on the front fields.
RSPB - Around the bird reserve there were few waders apart from Whimbrel, Ringed and Little Ringed Plovers, Common Sandpipers and Dunlins, Black-necked Grebe on Burrowes, two Great White Egrets on Dengmarsh, Garganey on ARC, Kingfisher, Marsh Harriers, plus hundreds of Swifts and Sand Martins. Due to the wind we didn't see a warbler all day, but still managed somehow to rack up 80 species, much to the satisfaction of one and all. 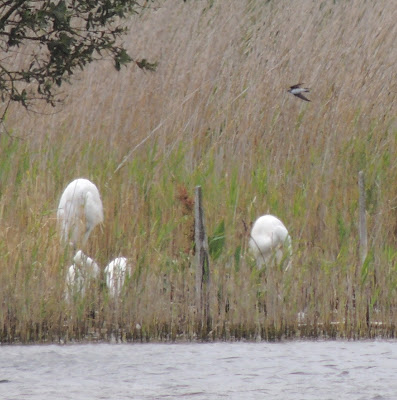 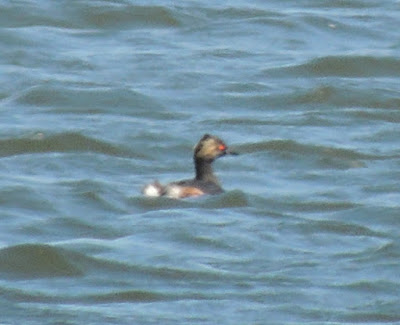 NB: A Whiskered Tern was noted amongst a large movement of Common and Black Terns off Dungeness this afternoon (PB).
Posted by Paul Trodd at 10:46