Wednesday - Chobham Common and Bagshot Heath - After dropping off family in Windsor yesterday I headed off to check out several heathland sites straddling the Surrey/Berks border for articles, although I didn`t expect to be sitting in the car for three hours sheltering from thunder, lightening and torrential rain! Eventually, the storm passed over by early afternoon leaving many of the surrounding roads impassable due to flood water and broken cars and at one spot sewer covers had lifted and a great geyser of foul water was spouting forth.
Needless to say the heathlands were awash with run off and there was little wildlife activity. The purple heather was in full flower though and looked most spectacular, while the habitat still appeared in good order at a couple of old haunts that I used to visit for Nightjar, Woodlark and Dartford Warbler. Infact, Chobham was were I saw my first breeding Red-backed Shrike, in 1968, when together with Mutley Clarke and Kevin Downer we cycled down from Rickmansworth, happy days...
By late afternoon the sun broke through bringing forth a number of Red Kites just about everywhere we went, a species I most definitely would not have seen 40 odd years ago. 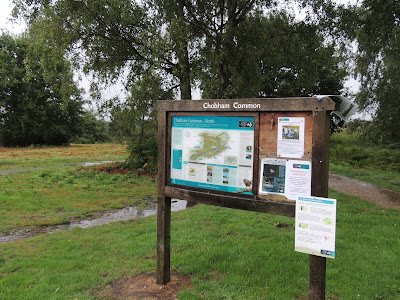 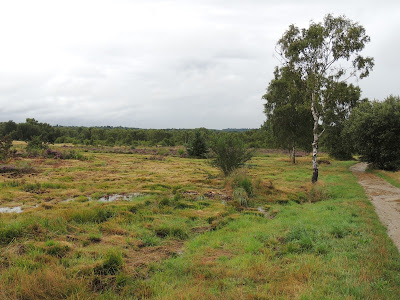 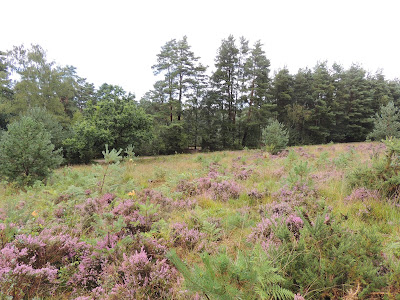 Thursday - Lade - wet, cloudy, sw 5 - 0700hrs - The poor weather continued, but despite the strong wind there was a decent flock of migrants in the shelter of the ponds comprising 10 Willow Warblers, 5 Common Whitethroats, 2 Chiffchaffs and a Spotted Flycatcher. Several hundred martins were over north lake with at least 100 House Martins. An Old Lady was of note in the Plovers moth trap. 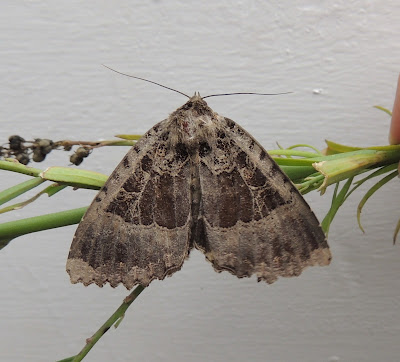 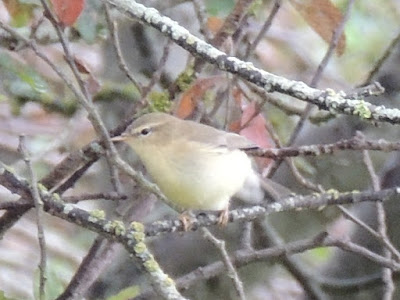 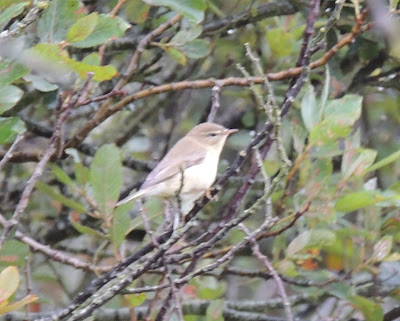 Out on the bay on an incoming tide there was still up to 500 Dunlins and Sanderlings, plus 20 Knots. 10 Ringed Plovers and 10 Barwits; the Curlews and Oystercatchers had already departed to roost.
An afternoon visit yielded 5 Black Terns over north lake, a Hobby and two Whimbrels south.
ARC - News came through of more Black Terns over ARC, plus a juvenile White-winged Tern, our fourth of the year on the bird reserve.
Posted by Paul Trodd at 11:56