Dungeness - warm, dry, sunny, s 2 - Spent the day guiding for John from Hereford with a brief of trying to find a few seabirds, Corn Bunting and Turtle Dove, a tall order for the latter two species now the breeding season is over.
However, an hour at the seawatch hide delivered a few Gannets, Common Scoters, Sandwich and Common Terns, an Arctic Tern, two small flocks of Dunlins and Knots and a dark phase Arctic Skua, plus 10 Harbour Porpoises and a Grey Seal, so not too bad a start considering the calm weather.
At the Patch there was little of note, but along the power station wall Clouded Yellow and Hummingbird Hawk-moth noted. The bushes were devoid of migrants, although we did manage to find six Wheatears on the beach opposite Jarman`s. 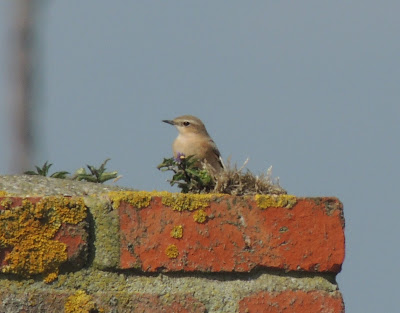 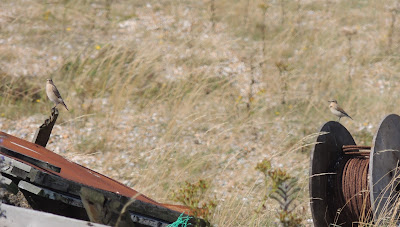 Scotney - The usual Golden Plovers, Lapwings, Curlews, Common and Green Sandpipers, Little Egret, two Spoonbills and masses of feral geese on the front fields, while up to 30 Yellow Wagtails and two Whinchats out back and one brief view of a Corn Bunting.
Midley - A few finches and Tree Sparrows around the drying barns with more at Bayham Farm, plus a Turtle Dove amongst numerous Stock and Collared Doves, tits, finches, Kestrel and Marsh Harrier.
ARC - A cracking mid-afternoon session here with a host of waders including 150 Golden Plovers, five Wood Sandpipers, four Knots, Redshank, Grey Plover, Snipe, LRP, Dunlin and Blackwit. Also, a Garganey amongst the dabblers, two Red-crested Pochards on the water, four Black Terns over the lake and two Sparrowhawks that flushed the lot. 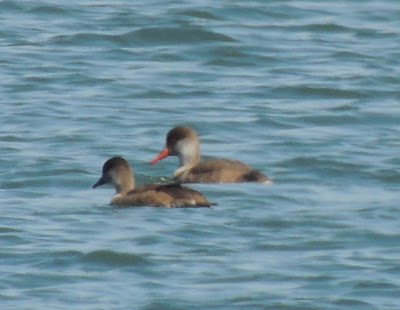 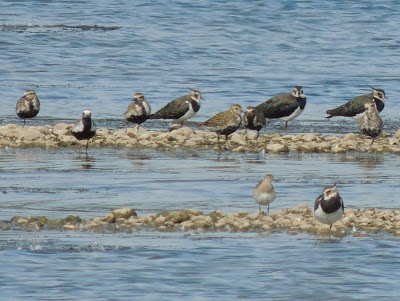 Dungeness - We finished the afternoon on a high with an hour at the boats being entertained by a group of fishing Sandwich and Common Terns, a juv Arctic Tern, a few Gannets and Common Scoters, close Harbour Porpoises and, best of all, a stunning close Balearic Shearwater - result!
We rattled up 75 species during the day for John, which included some quality birds for a land-locked birder, with the shearwater being the highlight.
Lade - An evening visit to the beach was memorable for a large flock of small waders close to shore opposite the boardwalk comprising 600 Dunlins and 200 Sanderlings.
Posted by Paul Trodd at 11:22